Down with Love Taiwanese Drama 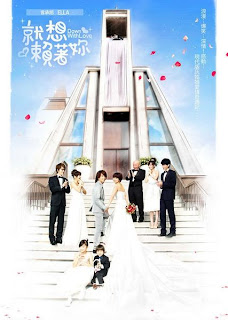 Down with Love is a romantic comedy taiwanese drama which is consist of 16 episode. It starred Jerry Yan as Xiang Yu Ping, Ella Chen as Yang Guo and Michael Zhang as Qi Ke Zhong.

The story is about Xiang Yu Ping who is a divorce and inheritance lawyer which is seen by others as cold, selfish and ruthless untill he meet Yang Guo who become the Nanny of his brother's orphans. Xiang Yu Ping get exhausted with his supply of nannies, he still couldn't find one who doesn't fall in love with him or gets scared off by the kids.He as his secretary Yang Duo, to find a nanny that meets his requirements. And she recommends her younger sister, Yang Guo for the job assuring Yu Ping that her tomboyish sister will not fall in love with him by lying that she does not like men at all.
Posted by Cora at Monday, August 02, 2010 No comments:
Labels: Comedy, romance, taiwanese drama 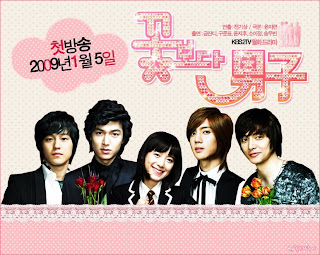 Boys Over Flowers is a South Korean television drama broadcast by KBS2TV in 2009. A Korean drama adaptation of the Japanese manga Hana Yori Dango. It is the equivalent of Taiwanese drama Meteor Garden and Japan's Hana Yori Dango (TV series), and thus making it the third televised version to air on television screens. The tv series is consist of 25-episode.

Cast of Boys Over flower

Plot of Boys Over Flower

A middle-class girl, Geum Jan-di, accidentally got a scholarship at Shinhwa High School .after saving a student from committing suicide. The school is filled with rich people who can afford to go there. At the school, she meets people with various personalities. There are the mean girls, fake friends, and last but not least: The F4. The F4 consists of 4 people: Goo Joon Pyo, Yoon Ji Hoo, So Yi Jung, and Song Woo Bin. Goo Joon Pyo is the leader of the F4 and is also the heir of the Shinwa group. At first, he insults and makes Geum Jan-di's life miserable after she humiliates him. The only person who seemed to have sympathy for her was Ji Hoo, who saved her numerous times. However, as the drama progressed, Goo Joon Pyo developed feelings for Geum Jan-di. It turned out to be a twisted love triangle between Geum Jan Di, Goo Jun Pyo and Yoon Ji Hoo.
Posted by Cora at Sunday, May 10, 2009 No comments:
Labels: love story

Matlock was an American drama series premiered on ABC from September 23, 1986 until May 7, 1995. It starred Andy Griffith as attorney Ben Matlock. The series featured criminal defense attorney Ben Matlock who charged his clients $100,000 to take a case. Most of the cases that he takes was involve murders.
He is argumentative man and rude, often uses colorful language, but beneath it all he has a good heart. His daughters Leanne and Charlene with his investigators Conrad McMasters, Cliff Lewis and Tyler Hudson assisted him in his work.
Posted by Cora at Tuesday, December 04, 2007 5 comments:
Labels: Mystery 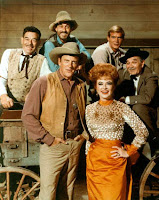 Gunsmoke was premiered on September 10, 1955 and last aired on March 31, 1975. A Western drama created by director Norman MacDonell and written by John Meston. The first choice to play the role of Marshal Dillon was Conrad, but his increasing obesity led to more photogenic actors being considered. The series originate on radio and later moved to TV. It was about a Marshal Matt Dillon who is in charge of Dodge City, he doesn't allow guns in the City. He's trying to solve the things before getting angry.
Posted by Cora at Saturday, December 01, 2007 1 comment:
Labels: Western 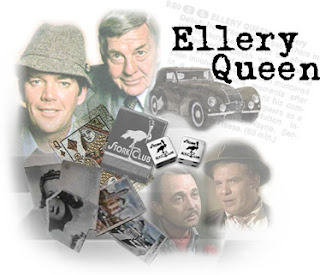 Ellery Queen was aired on NBC from September 11, 1975 until September 19, 1976. An American television series starring Jim Hutton as Ellery Queen and David Wayne as Inspector Richard Queen. It was created by the successful writing and producing team of William Link and Richard Levinson. An adaptations to Ellery Queen mystery novels.

Queen was a mystery writer who help his father in solving murder cases. His father was a detective in New York Police Department. Inspector Queen's assistant was Sgt. Velie and his rival detective was Simon Brimmer. Queen's methods were mysterious and intellectual rather than action oriented. She always talk to audience and ask if they got all the clues?
Posted by Cora at Wednesday, November 28, 2007 No comments:
Labels: Mystery
Older Posts Home
Subscribe to: Posts (Atom)